Pottery Barn To Make A Big Bow In Flatiron 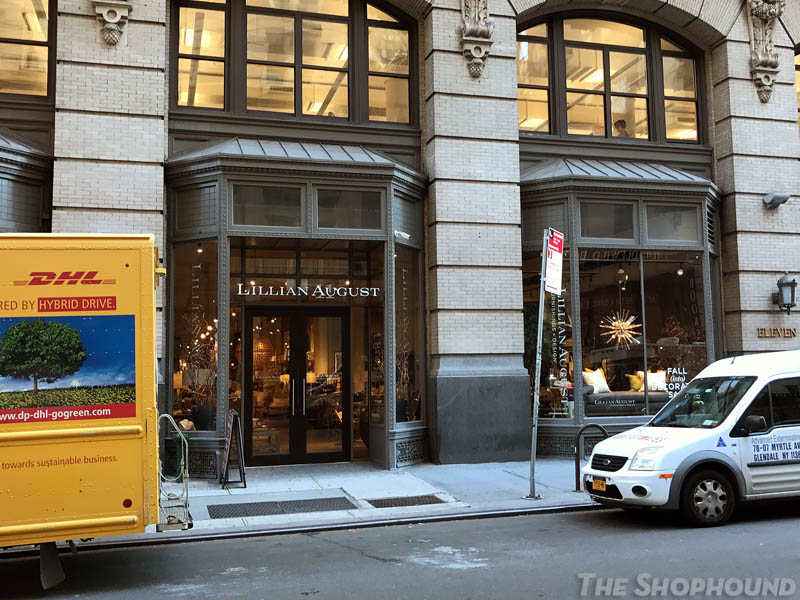 Once a pervasive presence in Manhattan, the Pottery Barn chain has lost some prominent stores over the years in the city, and is now down to two locations in the city while its sibling chains, Williams-Sonoma and West Elm have held their own or grown stronger. That's about to change, as the company has inked a deal to open a major store at 11 West 19th Street in the heart of the Flatiron District as reported by multiple sources. The 20,000 square foot space is currently occupied by Lillian August (pictured above) which has been looking to get out of its lease there, and will surrender the space to make way for the deal. Like the West Elm in Chelsea that sits between Sixth and Seventh Avenues and opens out to both 17th and 18th streets, the new Pottery Barn will have entrances on both 19th and 20th streets. While missing the desirable Fifth Avenue frontage of other chains in the neighborhood, the new store will be right across the street from Muji as well as bakery hotspot Dough. It is in the middle of a home furnishings enclave popular with downtowners, and should still be a potent destination for shoppers. It's still too early to expect a firm opening date, but sometime next year should be a safe bet. In the meantime, shoppers can now check out West Elm's new luxury "Collection" store that has recently opened at 123 West 17th Street right next to its main label mothership.