Pearl River Mart To Return Next Month In Tribeca 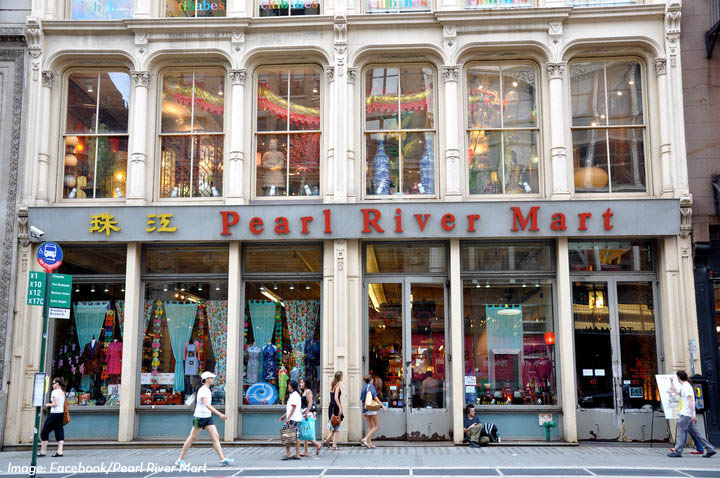 New York shoppers were disappointed to say the least last year when Pearl River Mart, the beloved Asian emporium in SoHo, was forced out of its Broadway home by a fivefold rent increase. The company has switched to an online business model since then, but the void it left has been glaring. There's good news for hopeful fans of the store, however. Pearl River Mart is set to return with an 8,000 square foot pop-up store on November 17th at 395 Broadway in Tribeca. In February, the pou-up will close for a build-out to become a permanent store. It will not be a replica of its 30,000 square foot SoHo predecessor (pictured above), however. Due to the smaller space, the store will forgo some of its more arcane departments such as traditional Chinese medicine and musical instruments. Some of the outsized decor items such as giant buddha figures will also be gone from the assortments, but popular departments like apparel and home and kitchen goods should be represented in abundance. According to Joanne Kwong, the new president of Pearl River, the new store will dedicate space to presenting Asian and Asian-American culture with a rotating assortment of products from designers and artists meant to educate shoppers of Asian traditions with special events and demonstrations.
The new store is still relatively close to Pearl River's SoHo and Chinatown roots, and hopefully, longtime fans will have not trouble finding it once it reopens.