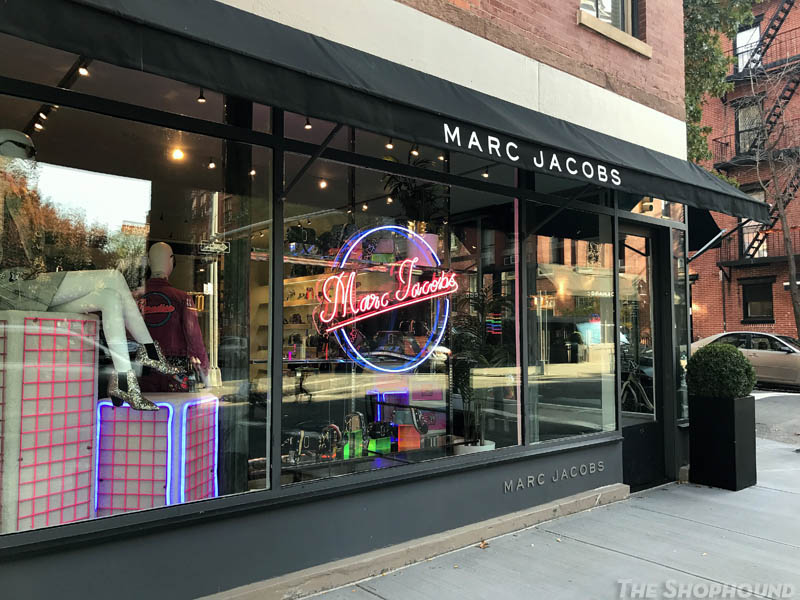 When humble, homey Bleecker Street was swiftly transformed into a white-hot fashion shopping destination in the early 2000s, A lot of people pointed their fingers at designer Marc Jacobs. He was blamed for being the primary interloper in the neighborhood which saw longstanding and beloved antique shops pushed off the street —and in many cases out of business— in favor of the shiny designer boutiques that flooded the formerly genteel destination in his wake. Eventually, Jacobs saw his neighborhood store count climb with a main women's shop, a men's shop, an accessories shop, a shop for his recently launched beauty line, a children's shop and, finally, a curated book shop. Often, these stores would switch places, but the designer seemed to prefer the concept of a cluster of smaller stores within the space of a couple of blocks as opposed to the more traditional, larger brand palace flagship that most of his colleagues seem to prefer.
Now it's 2016, however, and the designer has quietly trimmed his roster of retail shops down to three including the BookMarc book shop, the Little Marc children's shop (pictured below) and one single women's apparel and accessory collection shop which itself was once a combination of two side by side units, and has now been pared down to the single store space on the corner of Bleecker and West 11th Street (pictured above). It's not totally surprising that the designer's store count has shrunken. Last year he made the decision to streamline his labels, folding the popular Marc by Marc Jacobs contemporary line into the main Marc Jacobs brand which suggested that a few changes were in order as a result. A lovely retail location at the corner of Bank and West 4th Streets that had at times been a men's store and an accessory store was given over to the Canadian brand Want Les Essentials de la Vie for its flagship boutique. An always undersized space on Bleecker that had been an on-and-off men's store over the years was quietly relinquished shortly after that, but we just discovered that an erstwhile accessories location at the corner of Bleecker and Perry Streets that was converted to launch the beauty line has also recently closed (The beauty collection itself remains a going concern that has expanded from its exclusive launch through Sephora into major department stores.)
So what is the strategy here? Is it sign of doom for the reorganizing label, or, is it simply an indication that the designer is rethinking his retail plan, at least in New York. While his original Collection flagship on Mercer Street in SoHo is currently being revamped with a temporary location taking its place on Prince Street, Jacobs and, more prominently, his business partner Robert Duffy have been teasing an uptown flagship boutique for years, even going so far as to name specific locations where it would open without ever officially closing on a lease deal. Bleecker Street's glow has dimmed a bit over the past few seasons. Just a few years ago, it was rare to see a retail space sit empty on Bleecker street for very long, but as more recent leases turn over, shoppers are seeing more and more empty storefronts there waiting for someone to pay the skyrocketing rents that were once easy for the neighborhood to demand. Perhaps Jacobs has finally decided to focus his retail resources on higher profile locations as his business enters a more mature phase. Could the smaller shops be closing in favor of that long promised uptown flagship? 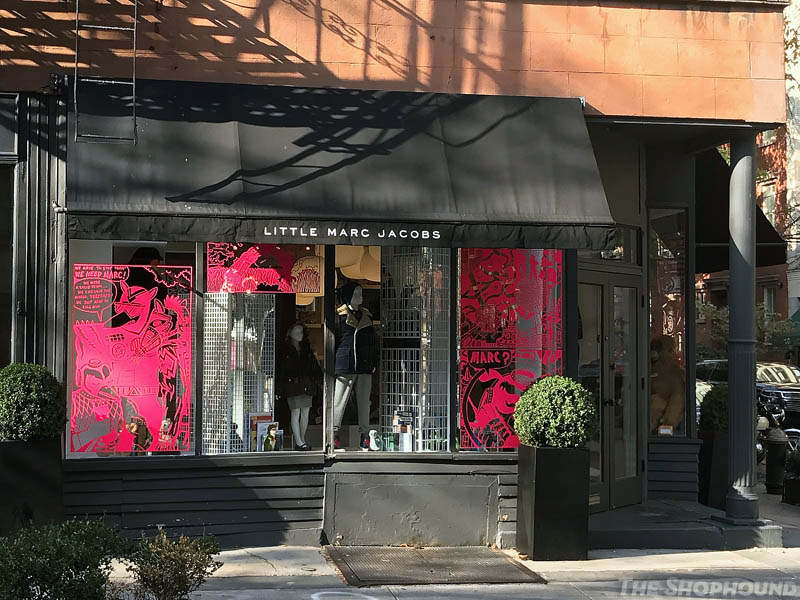