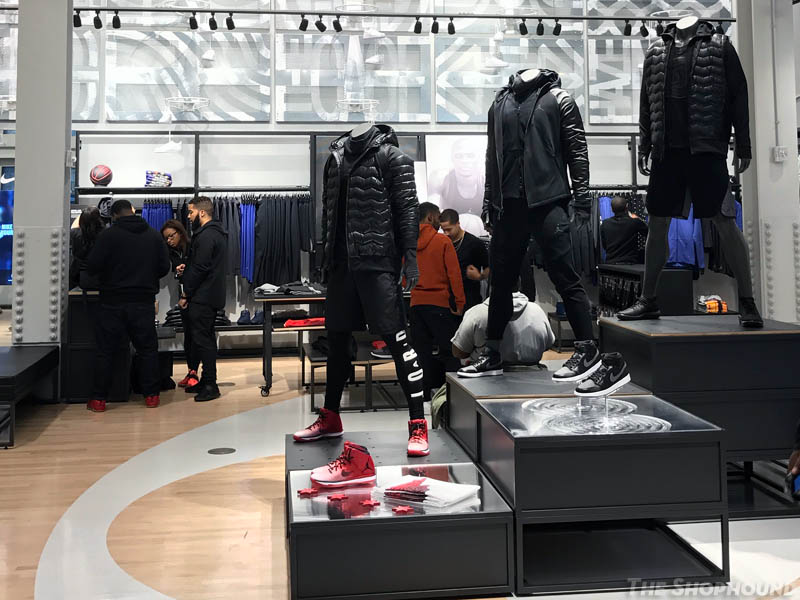 It's hard to know it Nike deliberately chose the day Adidas opened its shiny new brand palace to make the announcement, but yesterday the sneaker giant announced that its long search for a follow up to its 57th Street Niketown store is over. The new Nike store will eventually open in a whopping 70,000 square feet at 650 Fifth Avenue in a space that includes not only the building's entire previous retail component, but some extra office floors that will be converted as well to make a seven-floor superstore. Essentially it will be a Nike department store on Fifth Avenue.
It has not been announced that Niketown will be closing at the end of its lease which has been extended to 2022 while the company continued to search for its successor space, but it is hard to imagine even Nike sustaining two large flagships in such close proximity. Nike execs have also been candid that the once innovative design of that store has aged, and needs to be updated in favor of the more open format of the recently unveiled Nike SoHo store (pictured above). Look for the brand to expand on the concepts in that store including areas for customers to try out athletic gear on the selling floor in basketball and soccer cages, a concept also appearing at Adidas' new flagship. In any event, there may be little overlap between the unveiling of Nike's new store and the old Niketown. It will take some time to gut and rebuild the retail space at 650 Fifth which for the past couple of decades has been the home to several brands formerly owned by Liz Claiborne including the namesake labels, Mexx and, most recently, Juicy Couture. It has been one of Fifth Avenue's biggest white elephants, having stood empty for the past couple of years except for housing a few brief pop-up stores. It is likely that Nike will institute a major redesign of the late 1970s-era facade on the lower levels to create a more imposing brand signature. That could take a while, so while Nike's new store is definitely something to look forward to, it will probably be a something of a wait to see it come to fruition.