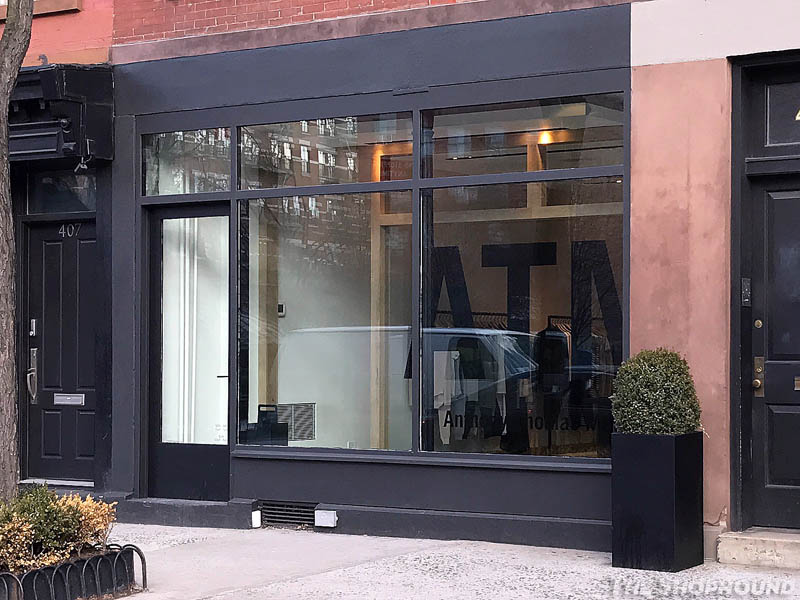 That big new ATM sign on Bleecker Street is not meant to alert shoppers to a cash machine.
Fans of designer Anthony Thomas Mellilo's ATM collection of deceptively simple sportswear will be pleased to discover the label's first freestanding boutique on Bleecker Street. Opened last month, the sparely designed shop offers clean backdrop for one of the collections that helped launch the unfortunately named "athleisure" trend, but should also remind shoppers with longer memories of the store that first brought Melillo attention in the late 1990s. Back when the Lower East Side was becoming an infamous hipster epicenter, Nova USA by Tony Mellilo appeared on the corner of Stanton and Ludlow Streets. The men's sportswear line brought acclaim, but the usual challenges of being an independent designer made it a relatively short lived venture. Still, Melillo persisted, helping to relaunch classic brand Generra and putting out another eponymous men's collection before finally hitting the right groove with ATM in 2012. This time, he let other retailers like Barneys present his collection, but now that he has his own store once again, it seems like a circle has finally been closed. While his designs have evolved, his straightforward aesthetic remains consistent, showing his skill for making basics that don't look boring based around cleverly designed jersey knits. ATM evokes the ongoing appetite for athletic wear without making customers look like they didn't bother to change after yoga class. Look for the new shop at 405 Bleecker Street in what was once one of Marc Jacobs' series of boutiques between West 11th and Bank Streets.