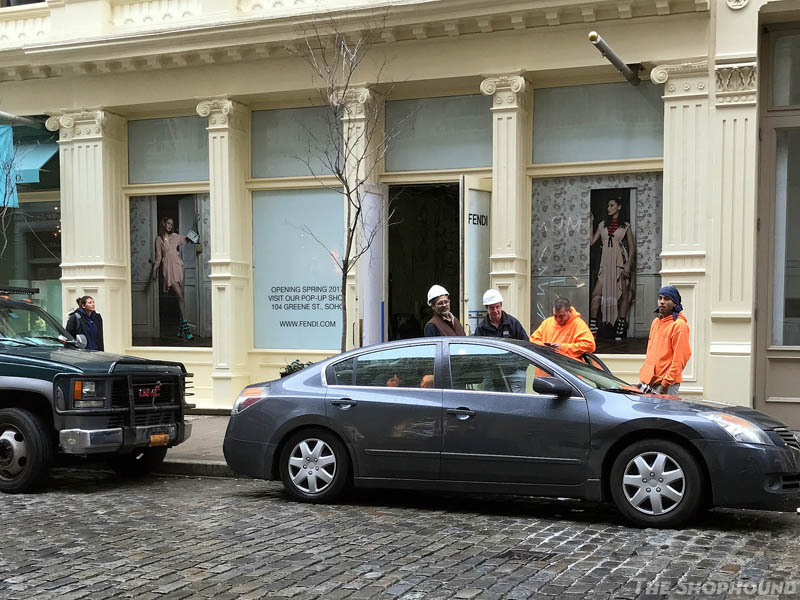 After leading a nomadic existence for the past several years, Fendi's residency in SoHo will finally become permanent when it moves into its mew location for the foreseeable future at 99 Greene Street. The fabled Roman luxury brand has taken out 6,000 square feet where it will be able to spread out and present its full offerings after occupying a series of pop-up along the same road. Joining Fendi will be Italian outer and casual wear brand Herno which has also taken space in the building. As far as we can tell, this will be Herno's first U.S. store, designed to raise the European brand's status in the U.S. from cult label to mainstay. Both stores are expected to debut sometime this spring, and they will join a host of tony brands on the block including Dior, Tiffany, Louis Vuitton and Jimmy Choo among others.