The Season Ramps Up With Marc Jacobs, Maje & More

Balenciaga Does The Kering Shuffle Uptown With Gucci 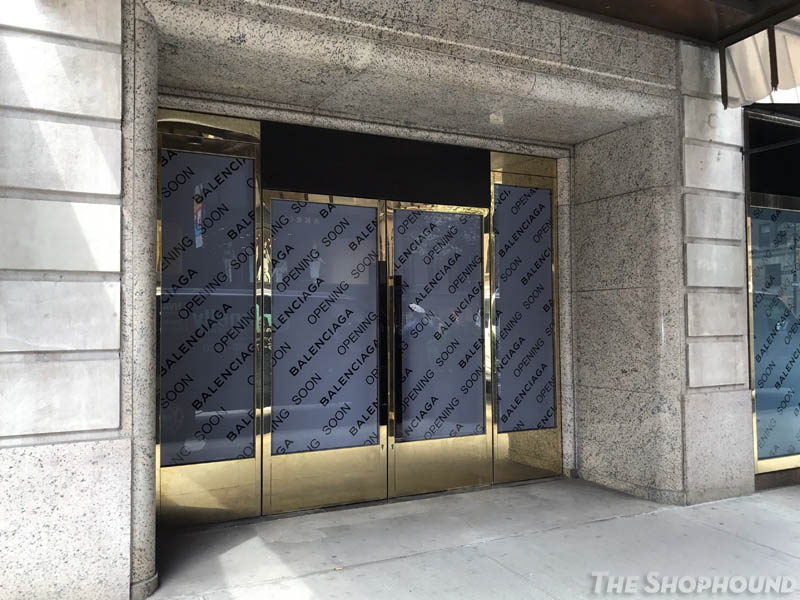 The Shophound hasn't had a stroll down Madison Avenue in a few months, and what did we notice on Monday but a substantial swath of plate glass backed in the unmistakable logo of Balenciaga. It turns out that Manhattan did not really need three Gucci boutiques. As the new Alessandro Michele-era Gucci store opened in Brookfield Place, the Tom Ford/Frida Giannini version in the former Westbury Hotel was shut down in preparation to be ceded to its sister brand. Balenciaga has only ever had one New York store at a time, but its expansion to tony Madison Avenue and 69th Street is a signal that even directional "downtown" brands can benefit from uptown exposure. This will also be first U.S. store for Balenciaga under its still new creative director Demna Gvasalia. While the current, lavish SoHo flagship opened under the brief tenure of creative director Alexander Wang, it was planned under Nicolas Ghesqiuere, who spearheaded the once sleepy label back to prominence. This new shop is expected to have a radically different ambiance given Vêtements designer Gvesalia's more avant-garde point of view. The store is slated to open in June, and will be patterned after the Balenciaga boutique that recently opened in Paris which features a Warehouse style decor with industrial fixtures, foil covered ceilings, cast concrete walls and furniture upholstered in synthetic leather. It's a far cry from the dramatic marble floored opulence found in SoHo. In fact, it's almost as if the two stores will each have an interior more typically suited to the other one, with an elegant uptown ambiance in SoHo, and a downtown industrial look on Madison Avenue. Look for the new boutique's publicity blitz to begin in a couple of months as the store opens just in time to stock the pre-fall collection.