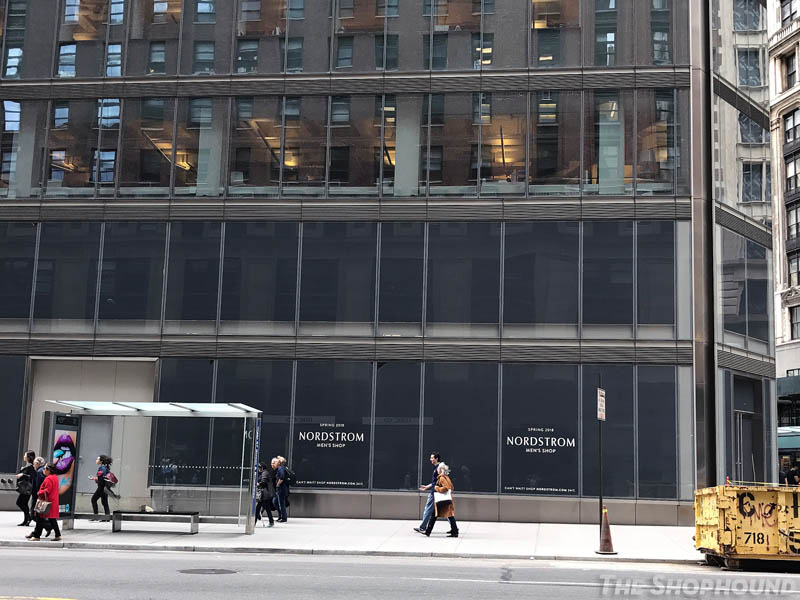 There was one thing we were all certain of when the Nordstrom Flagship near Columbus Circle was announced: It was going to take a looooong time to build.
Initially announced as part of new wave of midtown skyscraper buildings, the upcoming store began to grow as it acquired space across the street at 3 Columbus Circle and then it was announced that adjacent buildings at 1776 Broadway and 5 Columbus Circle would be incorporated into the growing flagship including major restoration work on parts of the storefronts —which will probably make it take even longer. There's one part of the store, however, that shouldn't be hampered by complicated construction issues, and that's the Nordstrom Men's Store that is slated to open across the street. 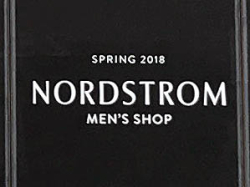 While the opening date of the main store has been pushed to 2019, new signage in the windows of the upcoming men's unit announces a Spring 2018 opening, a full year, at least, ahead of it mothership (pictured at right). Obviously, the advantage here is that the store will open in a building that has already been built, and like any good retailer, the chain wants to get this freestanding component open as soon as possible. This will make Nordstrom only the second major store in Manhattan to house its men's department in a completely separate building on another block since Bergdorf Goodman opened its Men's Store nearly 27 years ago at 58th Street and Fifth Avenue. It helps that Nordstrom has one of the most developed Men's businesses of all the higher-end specialty department store chains. It has long been said among menswear vendors that if Nordstrom is one of your clients, it is likely to be your largest, and over the past decade, the company has made great efforts to evolve its menswear offerings from traditional middle-of-the-road fare to a broader assortment including more international designers and directional labels. We will likely see more evolution in the new store as executives have already promised an extra-special presentation for New York. As the city's erstwhile men's tailored clothing champion, Barneys New York, has jettisoned all but the most luxurious tier of its men's suit offerings, there is an opportunity for Nordstrom to pick up some of that slack as the city is still home to substantial legal and financial industries where lots of men still need nice suits for work. Now, we can be fairly certain that there is less than a year to wait to see how Nordstrom will address New York's menswear market as well as to see the first glimpse of the massive upcoming flagship project.