Face Values Evolves Beyond On The Upper West Side 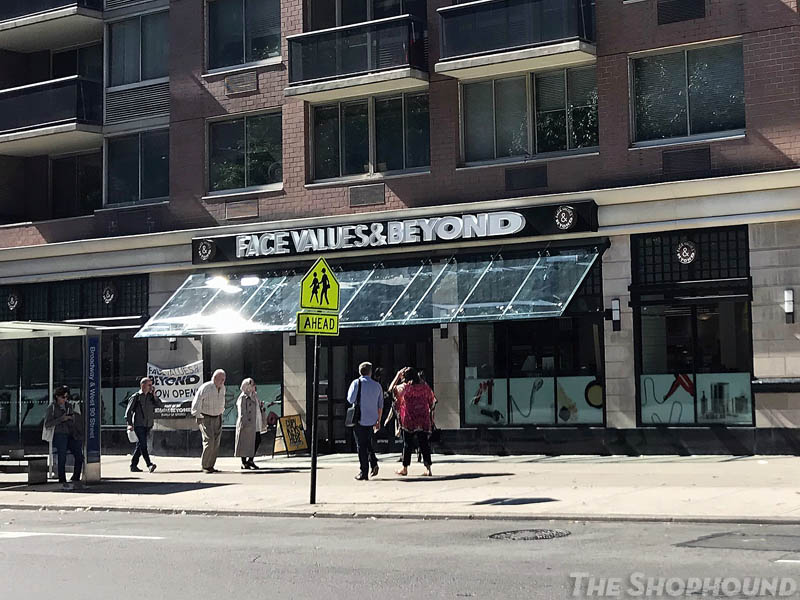 It seems that there is no stopping the proliferation of big box stores throughout the city, and yet another permutation of the Bed Bath & Beyond mega-chain has arrived on the Upper West Side. What was once a Food Emporium on Broadway and 90th Street has just re-opened its doors as Face Values & Beyond, a combination of the Harmon Face Values cosmetics and beauty supply chain on the street level with a condensed version of the mother ship downstairs where the deli counter used to be. So far, no sign of Buy Buy Baby or Cost Plus World Market has materialized, but the new store shows how the conglomerated chains are being creatively tweaked and combined to fit various locations as they become available. One would not have thought that the space, empty for many months, would have been considered for a full Bed Bath & Beyond, and so it wasn't, but the Face Values concept should be a hit in the neighborhood, especially with the recent loss of a couple of nearby Ricky's. The lower level, it turns out was just enough space to fill with a "best of" version of the main chain including housewares, bed & bath and just a bit of the basics that the company is known for, situated equidistant from full line stores at Lincoln Square or 125th Street. The best thing here, as at all of the company's outlets, is the coupon game. It may be the 20% Off coupons that fuel this retail behemoth's continued expansion, but as convenient as it now is, one should never go there without at least one or two discounts in hand. Don't have them? They are easy to get, and can be ordered by mail, email, text message or, even better, all three. There are even occasional, limited offers to join as a member (for a small fee) to get a discount on all purchases at all times. Snap these up if you see them. They work across all four of the nameplates, and you will have a new appreciation for the big box stores coming to your neighborhood.