Trader Joe's Next NYC Store Will Come With 2-Buck Chuck

The Nordstrom Men's Store Is Now Hiring For An April Opening 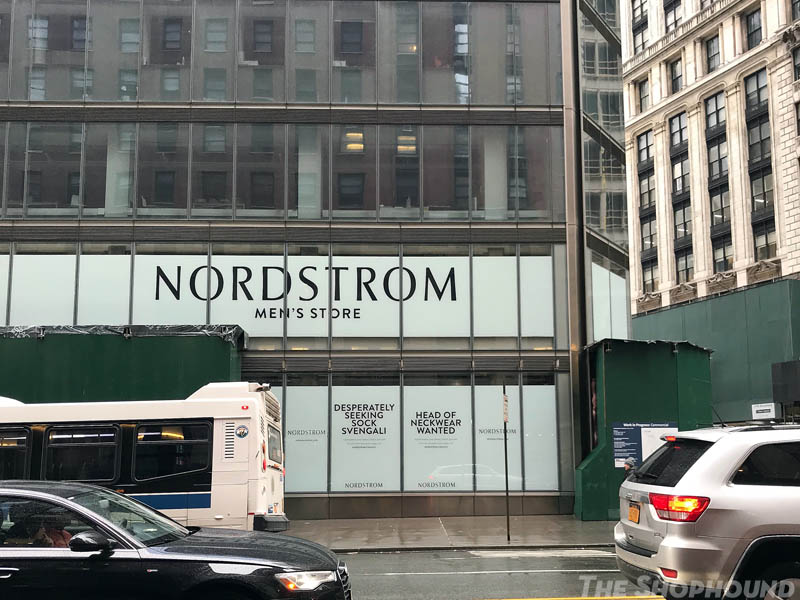 While the immense Mothership across Broadway is at least a year away from opening, the Nordstrom Men's store near Columbus Circle is now prominently posting 'Help Wanted' notices —right in its windows. While the notices are a bit tongue-in-cheek —we don't think that there is actually a position called 'sock svengali' at Nordstrom— their presence indicates that the retailer has set a firm opening date for what is the most significant men's store to to open in New York City since Bergdorf Goodman took advantage of an exceptionally good real estate deal to open its separate mens store in 1990. New York Magazine published a simple floor plan of the store in its current issue with a few highlighted items that don't seem earth shattering, but suggest that Nordstrom is looking to stock up on some cultish, New York-y items like Le Labo beard oil and and Mykita sunglasses which are far removed from the classic but accessible fare that made Nordstrom into a Menswear powerhouse. Little other early info has been released, but it's Nordstrom, so we can safely expect an extensive Mens tailored clothing presentation and an enormous shoe shoe department built to compete in a city now known for its enormous shoe departments. Add competitively pleasing service to that mix, and you should have the menswear staffs of Barneys, Bergdorf's, and Saks on their toes and on notice to see how this new interloper will stand up to the hometown faves. Its only a few months away now, so start the countdown.