MUJI Unveils A Major Makeover For Its Original U.S. Store 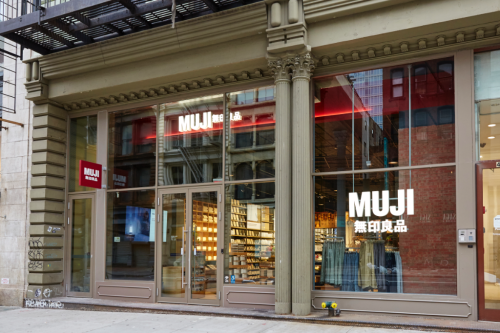 Has really been over 10 years since the Japanese concept retailer MUJI made its American debut on a slightly offbeat block of Broadway in SoHo? That was way back in November of 2017, and since then, the chain has charmed shoppers in New York, Boston and up and down the coast of California with its deceptively sophisticated mix of minimalistic merchandise ranging from apparel to kitchenware to home furnishings to a plethora of pens and paper goods. It's hard to walk through a Muji store without pondering where one might find a place for a sleek stack of polypropylene drawers just to make things a bit tidier around the house. As the chainlet expanded through a series of increasingly spacious stores throughout the city, its original location began to feel a little bit cramped. Despite the fact that it has remained the highest volume location in the U.S., the past few months have seen the store undergo a dramatic update that added a new shopping floor and a multi-fold expansion of its square footage. With the new expansion unveiled over the weekend, SoHo shoppers now have the full assortment of Muji offerings including fragrances and skin care and extra services like an embroidery station for personalization. Now that Muji's most productive location has been upgraded, the company will turn its attention towards other unexplored U.S. regions. The East and West coasts have discovered and embraced the concept of simple but well designed, useful things, the next Muji stores will start appearing closer to the middle of the country to see if the midwest takes to the stores with the same enthusiasm as the coasts have.

See below to browse a gallery of the newly revamped SoHo store at 455 Broadway (Between Grand and Howard Streets)
Scroll and click each image for a larger view.
Images courtesy of MUJI