Today, our friends at RACKED published their final post. In the future, its content will be absorbed by "The Goods" by Vox, the media property that acquired the websites created by the Curbed blog network a few years ago. Racked's demise tells us something about the state of fashion blogging at the moment. The Shophound was already around when Lockhart Steele and Ben Leventhal, two of our earliest, key supporters, developed Racked, and we were among its first contributors. At that time a small blog could make a big impact very quickly, and one with Lock and Ben behind it could make a bigger one even faster. It was, in some strange ways, counterintuitively gratifying to have our original blog concept validated by a competitor/colleague.
Times have changed.
While we admit that The Shophound has not been at its most fastidious in posting recently, it must also be noted that the blogging landscape has evolved. Especially when it comes to topics like shopping and fashion —our own wheelhouse— things seem to have migrated toward YouTube and Instagram, media platforms which, while certainly entertaining, don't really suit The Shophound the way they do other "Influencers". It's just not our bag.
And that's OK.
Things change. It's the nature of the universe.
While we have slowed down our blogging activity, we aren't quite ready to throw in the towel just yet. There are still things that compel us to get a keyboard under our fingertips like the impending arrival of Nordstrom and Neiman Marcus to Manhattan, or the or the seemingly inevitable departures of Lord & Taylor's grand flagship and the beleaguered Henri Bendel from the very same borough.
We're just here to say a fond farewell to Racked. It was great to share that big blogging moment with you way back when. 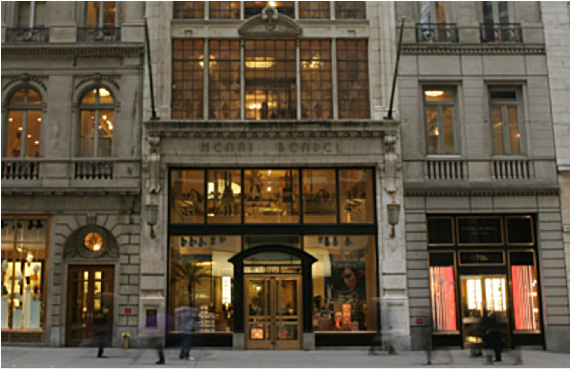