Just A Few Winter Sample Sales To Keep You Shopping

The Steven Alan Sample Sale Returns Home To The Showroom 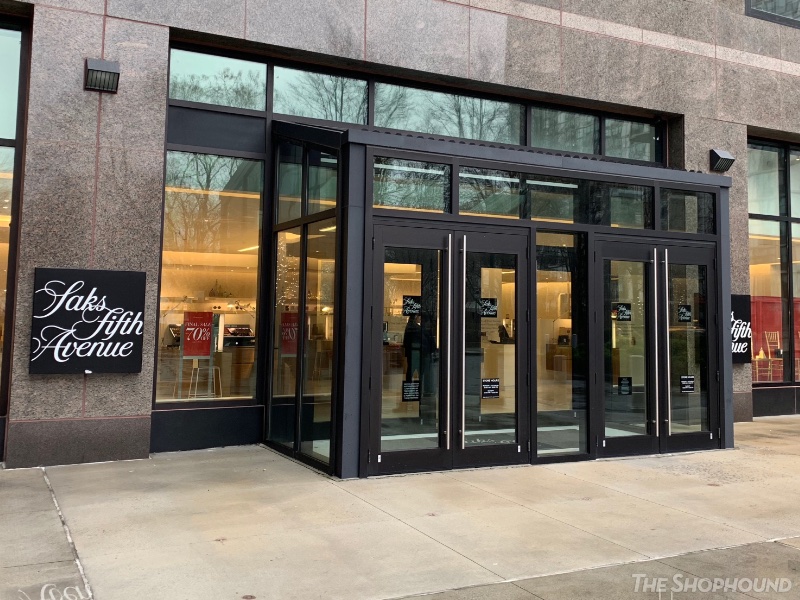 With little fanfare, Saks Fifth Avenue has shuttered its much ballyhooed Brookfield Place Women's store. Last Saturday, January 5th, was its last day of business, and shoppers were not exactly swarming.
Saks spokespeople are now calling the store a "test concept" that proved in its just over two-year lifespan that Saks shoppers prefer a full line department store environment like its immense Fifth Avenue flagship over a smaller, more curated boutique-like assortment. Other observers might note that store's location within the revamped luxury shopping complex was far from optimal, set off from the main clusters of shops through a long corridor that hid it from view. Meant to be a big-name anchor, it was completely invisible from Brookfield Place's signature grove of palm trees and the popular Hudson Eats and Le District food areas.
Others might note that the closure is a signal that the Financial District's potential as a luxury shopping hub may be more limited than real estate interests would have had us believe when the neighborhood was being re-developed after 9/11. Many skeptics questioned whether even New York City could support yet another concentration of luxury stores in addition to traditionally tony areas like Fifth Avenue in Midtown, Madison Avenue on the Upper East Side and SoHo. As designers seemed to flee the relatively new Meatpacking District/Bleecker Street enclave which once seemed like a promising destination, it was hard to imagine that customers of such means would now flock to the Financial District, a problem the location faced when it originally debuted in the late 1980s as the World Financial Center.
At that time, the anchor store was the first branch location of Barneys New York, a men's only store. With that in mind, it is not so surprising that while its women's store is closed, Saks is keeping its Brookfield Place Men's Store open for the foreseeable future. The Financial District has always been seen as more hospitable to men's retailers with its namesake local businesses known for an employee base packed with highly paid men who didn't mind expressing their success with luxurious wardrobes. While those business now include more women, they are still known as boys' clubs, and it's worth noting that while the Saks Men's store is staying open, SuitSupply, the breakout menswear retailer from Amsterdam, is tripling the size of its Brookfield Place branch in a section of the complex that also includes Paul Smith, J.Crew and a Club Monaco Mens Store.
So far, the other luxury retail tenants at Brookfield like Hermès, Bottega Veneta, Salvatore Ferragamo and Gucci, appear to be staying put, though most of them operate much smaller units than their Midtown flagships. It will be more interesting to see how they continue to fare as shoppers turn their attention to more exciting, newer shopping arrivals like the city's first Neiman Marcus store in the wholly manufactured Hudson Yards neighborhood set to open this Spring, or the city's first full line Nordstrom which will complete its mega-flagship's opening this Fall. One has to wonder exactly how many high end shopping destinations Manhattan can be expected to support?