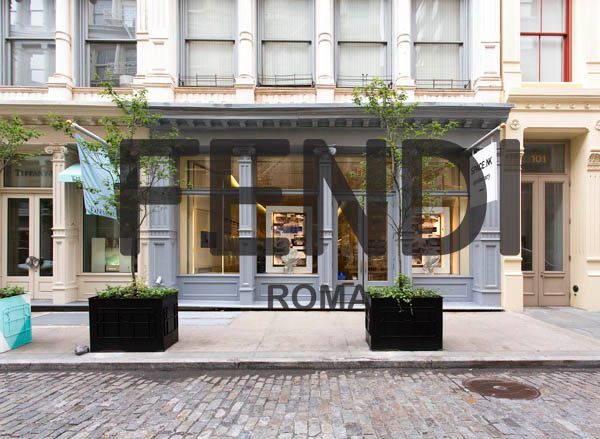 It has been the retail equivalent of couch surfing for Fendi in SoHo for a while, now. While the brand has found the block it wants, it has been bouncing around from pop-up to pop-up for several seasons. First on the corner of Greene and Prince Streets, a space absorbed by the Louis Vuitton boutique, and then a few doors down in an awkwardly long and narrow store that subverts its visibility almost entirely. Multiple reports, however have the LVMH-owned luxury label in talks for a more appropriate, permanent space just across the street in the former home of Space NK at 99 Greene Street. Pushed aside in favor of bigger siblings Vuitton and Dior no longer, the brand will be able to settle comfortably in its own 6,000 square foot store in the middle of the block between Spring and Prince Streets. Look for a more spacious new store to appear there sometime next year. 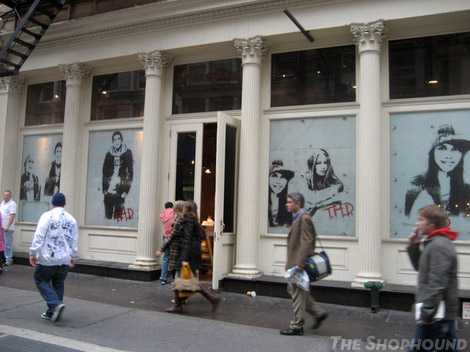 Fans of shiny, plastic shoes will be pleased to hear that Melissa Shoes is reportedly moving its flagship store from a modest storefront on Greene Street to  Tommy Hilfiger's former store at 500 Broadway (pictured above) right next door to Bloomingdale's. The Brazilian brand known for its leather-free footwear and collaborations with designers like Karl Lagerfeld, Vivienne Westwood and Jason Wu, to name a few, will enjoy a big step up both in profile and square feet nearly doubling the store's selling space and increasing visibility immeasurably. As for the store that the brand is leaving at 102 Greene Street (pictured below), it is rumored to be Fendi's next home at SoHo, suggesting that the odd, windowless space right next door that Fendi recently moved into is in fact just a temporary space for the main luxury brand as it waits to move into a more appropriately proportioned store. 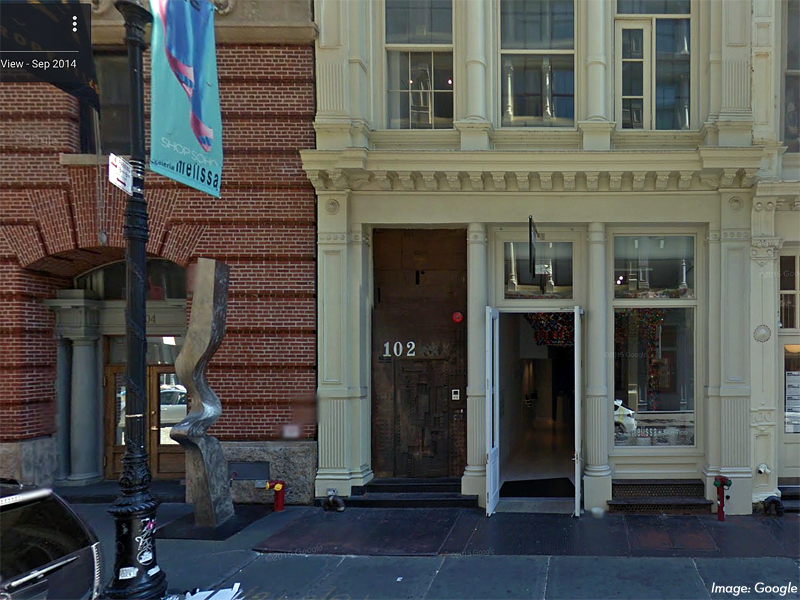 Fendi Is Moving Its SoHo Store Down The Block 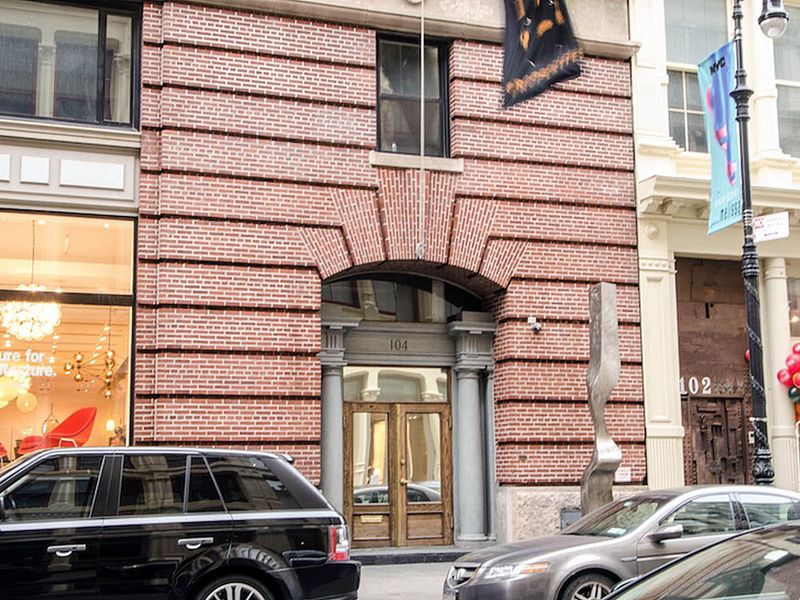 Fendi has quietly closed its SoHo store on the corner of Prince and Greene Streets, but it is not abandoning the neighborhood. According to the covered up windows, next month, a new store will open only halfway down the block at 104 Greene Street (pictured above), formerly an H.Stern jewelry store.
There was an H.Stern in SoHo? 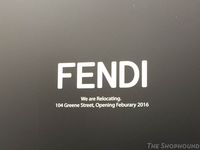 Yes, there was, but one could be forgiven for not noticing. Wedged between the Melissa shoe store and Design Within Reach, it is one of the few retail spaces in the neighborhood that has brick walls where windows should be. Inside is a long and narrow selling space, which could be made into a compelling store, but overall, it is a dismayingly inconspicuous space for a prized, LVMH controlled luxury brand —particularly compared to the infinitely more visible previous corner location at 122 Greene.
Maybe Fendi has yet to prove through sales numbers that it deserves a larger presence in the neighborhood. Vast corporate management can be tough on its brands at times. The previous store while exceedingly well-positioned, was particularly petite, serving as a focused showcase for handbags and accessories only. It was far from an extensive representation of Fendi's offerings, and the upcoming location may offer more space with its stretched out configuration, but the store's innocuous frontage makes us wonder if it may just be something of a placeholder until Fendi finds a more visible SoHo location that is more befitting of a celebrated brand and puts it on a more level footing with other boutiques of its ilk including Chanel, Dior, Burberry, Balenciaga, Saint Laurent and the like. In the meantime, we can check back in February to see how Fendi contends with its unusual new home. We can now count Fendi among the international luxury brands that have added a downtown outpost to their midtown brand palace flagships —at least for the next six months. They may be a bit late to the game (with Chanel, Louis Vuitton, Tiffany, Burberry and Saint Laurent beating them to it to name just a few) but the legendary Roman leathergoods brand quietly opened a temporary store on the corner of Greene and Prince streets in SoHo just this past Saturday (announced on Instagram above). 122 Greene Street, formerly the home of Wolford, will now host a Pop-up Fendi Store through the end of the year featuring a revolving monthly theme including special one-of-a-kind items unavailable in any other Fendi store. This month offers "Minis" which presents small versions of popular Fendi handbag styles like 2jours, Peekaboo and Selleria in a stripped down, bare brick environment with an amusement arcade decor that shows merchandise in the whimsical customized vending machine displays first seen at Fendi's London pop-up at Harrod's last season.

Beyond the general excitement of a new luxury store, the new store marks a new expansion effort from the label that also includes a move of it's main flagship from Fifth Avenue to the corner of Madison Avenue and 57th Street. It's more than likely that this pop-up, if successful, will be a precursor to a more permanent position in downtown Manhattan. “SoHo is one of the most vibrant shopping destinations in the world for local and international customers,” Fendi chairman and CEO Pietro Beccari tells WWD. “It is important for Fendi to secure its presence here and we are fortunate to have the chance for the next six months.” While the 630 square feet at 122 Greene Street may be a little on the small side for a brand with as much to offer as Fendi has, don't be surprised to see the brand showing up in a permanent home sometime in the next year or so. In the meantime, have a look below at Fendi's promotional video below before you head down to Soho to check it out in person.

Fendi to Pop-Up in SoHo (WWD)

The Milan Menswear shows are pretty much done, and they have given us a few legitimate trends like an emphasis on tailoring, the completely transparent compulsion to put an oversized duffel bag in the hand of every other model, long tunic sweaters, the continuation of slim-cut trousers and an unfortunate lack of color emphasizing every shade of gray (even gray shoes, ugh), but as we have noted, some designers can't help themselves. Today we have Fendi's little capes in knits and fur. The Shophound doesn't approve of men's furs on general principle (that principle being that men look silly in them, in case you were thinking of something else) so put a guy in a fur cape and we just want to throw a pie at him (again, because he looks silly, in case you might misinterpret our point). If it looks silly on a model, think how ridiculous it would look on a regular person.

Somebody really wanted to get into Fendi.
They failed.