Under Armour's Brand House Has The Muscliest Mannequins In The City 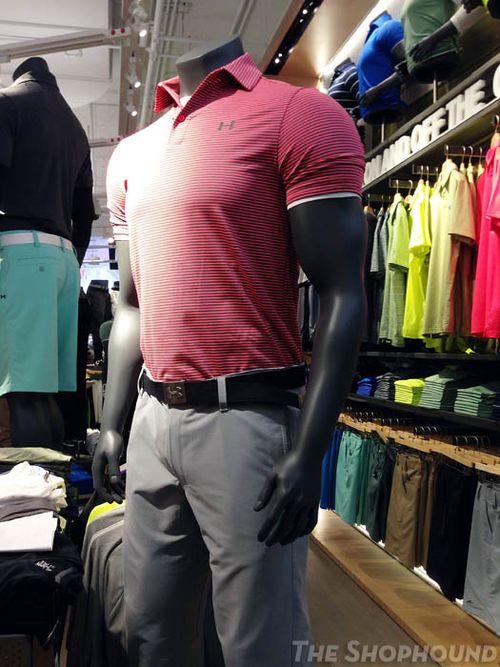 Under Armour's new "Brand House" in SoHo is a big deal.
It's a huge, new corporate statement from a performance apparel brand that in less than two decades has become a multi-billion dollar brand that shows no signs of slowing down. Its success comes in large part from its tight stretchy t-shirts that hug every pec and ab for dear life, presented here in camouflage patterns, or with a Wu-Tang Clan emblem printed on the chest (see the gallery below). But what should all this mean to a fancypants like The Shophound? We aren't totally sure what to say about the store beyond that it feels a little bit like walking into some kind of "boot camp" fitness video, with the bulked-up mannequins serving as sentries to this fitness palace where natural fibers have been banished in favor of high-tech performance fabrics that are slippery to the touch. The hulking dummies show what a tenuous connection this particular athletic brand has with fashion. Though the store is only a few doors down from Prada, its mindset is continents away. While menswear continues to celebrate an attenuated "skinny hipster" silhouette for men, at Under Armour it's all about swelling biceps and V-shaped torsos. It's hard to imagine that even the largest size of one of Hedi Slimane's Saint Laurent blazers could fit around the shoulders and arms of these mannequins. Even the women's models are all muscled up, which makes us think that the store has been designed to extend to everyone that feeling of dread that we hear plagues women while bathing suit shopping. Thanks for sharing.

In spite of the aggressive stance of the display materials, the store was buzzing when we visited, and there were only a few customers whose shoulder/waist measurement ratio seemed to approach that of the mannequins. In the mall that is Broadway just below Houston Street, there is, apparently, something for everyone. We didn't find much for ourself at Under Armour, but, perhaps to its credit, it did discourage us from walking over to Ladurée on West Broadway to see what flavors of macarons were being offered. So that's something. 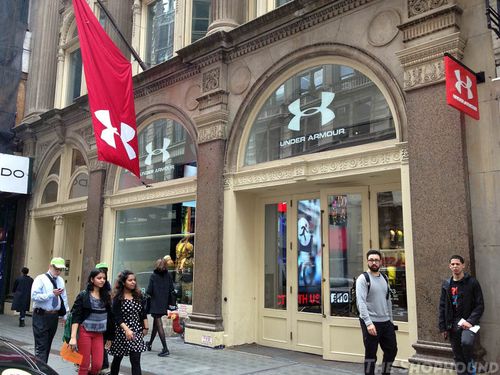 This week, Ralph Lauren made the U.S. Winter Olympic Team uniforms available for purchase, and boy they sure are American.
A couple of years ago, you may remember unless you were in a coma, the designer caught Holy Hell from the country at large for having the nerve to manufacture the Summer Olympic overseas just like almost everything else he makes. This time around, he took no chances, so every stitch of the official outfits are made in the U.S.A. As a result, they are also incredibly expensive. The collection tops off with a navy and red Team USA Ceremony Pea Coat ringing up at $795 with the least expensive item being a Team USA Sports Cap for $49.50.  Some of the items are already sold out on the designer's website, so act fast if you want some pricey, stars & stripes festooned winter wear.

We are not being cynical about the styling. We wouldn't expect or want them to look any other way, generally speaking, but it's a lot to take fashionwise if you aren't going to part of a team marching in an Opening or Closing Ceremony extravaganza. The centerpiece of all this is The Sweater, modeled above by a crew of current, aspiring and former Olympians. This bulky shawl collar cardigan is designed as a bright patchwork of patriotic and Olympic motifs, which in an odd numbered year might be suitable for wearing only on a particularly chilly 4th of July. It's yours for $595. Another notable item is the Team USA Ceremony Sweater, a red, white and blue Fair Isle turtleneck for $395 which is kind of like a Christmas Sweater without the Christmas. The rest of the collection is more conventional performance wear and polo shirts with a few knitted flap caps thrown in for good measure. With the Sochi Winter Olympics proceeding under a few clouds of terrorist threats and new, homophobic Russian laws that smack of Fascism, the peppy uniforms might turn out to be the happiest part of the Olympics this Winter, so lets enjoy them for what they are. Have look at a few of the styles in the gallery below. 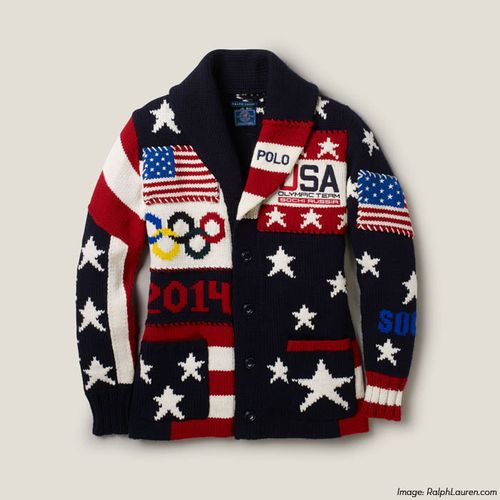 Under Armour's Brand House Coming To SoHo Early Next Year 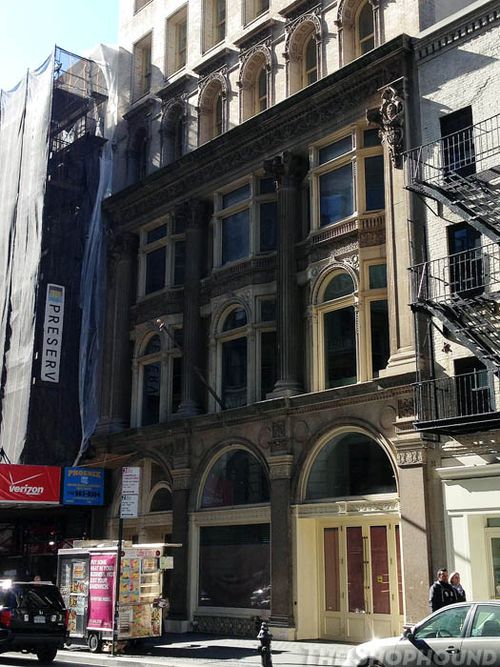 SoHo's Broadway corridor is about to welcome yet another big brand as performance gear phenomenon Under Armour officially announced plans for a major flagship at 583 Broadway. The elegant building has recently housed Esprit and a temporary Pac-Sun store and was once the longtime home of The New Museum. The store will weigh in at a whopping 20,300 square feet on three levels which will qualify it as one of the brand's "Brand Houses", showplaces that present Under Armour's complete product offerings which will include a new men's lifestyle collection to launch later this year. The 35th and O label, named for the address in Washington DC's Georgetown neighborhood where the brand was initially conceived, will reportedly offer premium but classic sportswear pieces enhanced with touches from Under Armour's performance sport lines like mesh underarm insets, stretch fibers and the brand's proprietary "Storm" water-resistance technology.

The store will be well situated only a half a block from the Adidas flagship at Broadway and Houston and one block away from REI in the Puck Building. For good measure, Nike is rumored to be searching the vicinity for space for a second Niketown, which will make SoHo extra sporty in the coming months.

Of course, if you can't wait until next year, Under Armour's seasonal sample sale starts next Tuesday at 260 Fifth Avenue. Check the SALE ROLL at left for details.